Short history of the breed

In the 1980's, Wally Conron, breeding manager of GDAV Guide Dog Services in Australia, got challenged to breed an anti-allergic guiding dog. He crossed a Labrador Retriever with an anti-allergic Standard Poodle. These were probably the first intentionally bred Labradoodles.

A Labradoodle is a cross between a Labrador Retriever and a Poodle. Some look more like their mother, some more like their father. Some shed, some don't and not all of them are allergy friendly. With a so-called 'F1' (first generation) cross, the outcome is very unpredictable.

and being with you,

is what the ACD really wants! 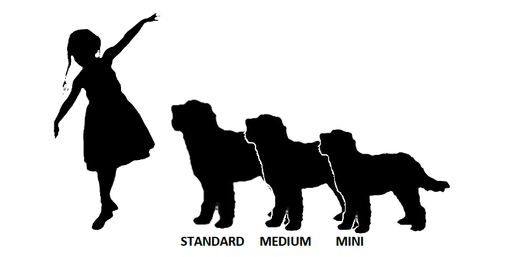 please read the folling MDBA explanation about the cobberdog. MDBA

The Australian Cobberdog is the next step in the process of developing a new, distinctive breed,

consistent in appearance and behavioural characteristics. The founders of the Australian Labradoodle also added the Soft Coated Wheaten Terrier in the gene pool, to improve coat type, ears and overall health of the breed.

Its a  easy to train, smart, social, healthy, low-shedding and allergy friendly therapy or assistance dogs. We keep working on the breed, improving flaws and finetuning their exceptional qualities. All this under close supervision of the MDBA, responsible for the studbook of the Australian Cobberdog.

He is also very interested in what you do, and all he wants is being with you. Therefor he is very easy to train, since he loves to be challenged and learn. Once inside, he goes to sleep in his crate. You can keep this breed on a farm, but also in a flat. He just needs to be close  to you as much as possible and not kept  in kennels or locked away most of the day.

The ACD is vey friendly to other animals and has only moderate hunting instinct. It's more the playing this breed is interested in then hunting. When Buster wants to play with our 12 year old cat Dude, the cat just stands still and looks at him. He probably thinks his life was better before the dogs, but he shall be forgiven cause of his age! :)

All our dogs are fully tested before breeding 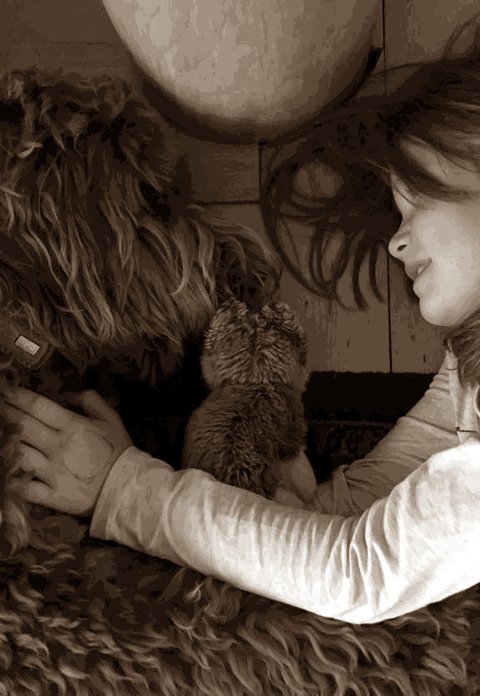 By DNA testing, we can screen our dogs on a wide variety of genetic conditions, like EIC, PRA/PRCD, DM, v. Willibrand Disease, etc. The DNA status of all our breeding dogs is on their individual page.

All our breeding dogs are tested on HD (hipdysplasia) and ED (elbow dysplasia), by X-rays. Again, testresults are on their individual page. We can tell you more about how to prevent HD in your future puppy.

Every year, our breeding dogs get a full eye examination by a specialist. They are checked on entropion, cataract, MPP, PHTVL/PHPV, RD, CEA, PRA,... with an official ECVO certificate.

The Cobberdog can have a variety of colours, with either Black or Brown/Rose pigment. 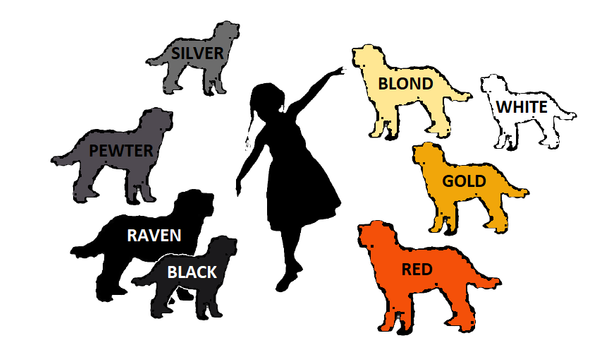 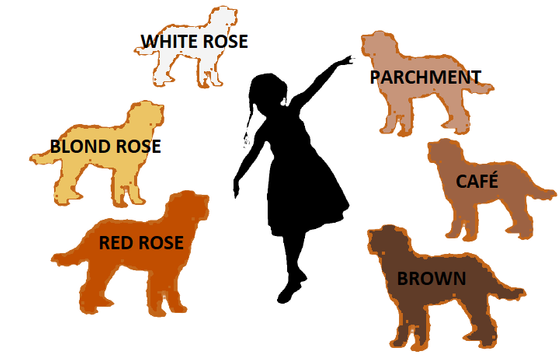 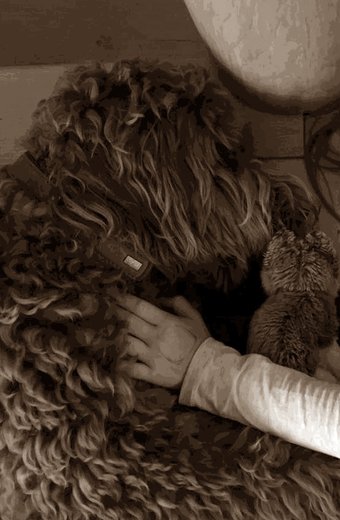 CHARACTER OF THE ACD

The ACD can be described as love, happiness, fun, sensitivity, curiosity and peace. He loves being with you and checks in often to find out how you are doing, by seeking eye contact. He is so happy spending time with you!